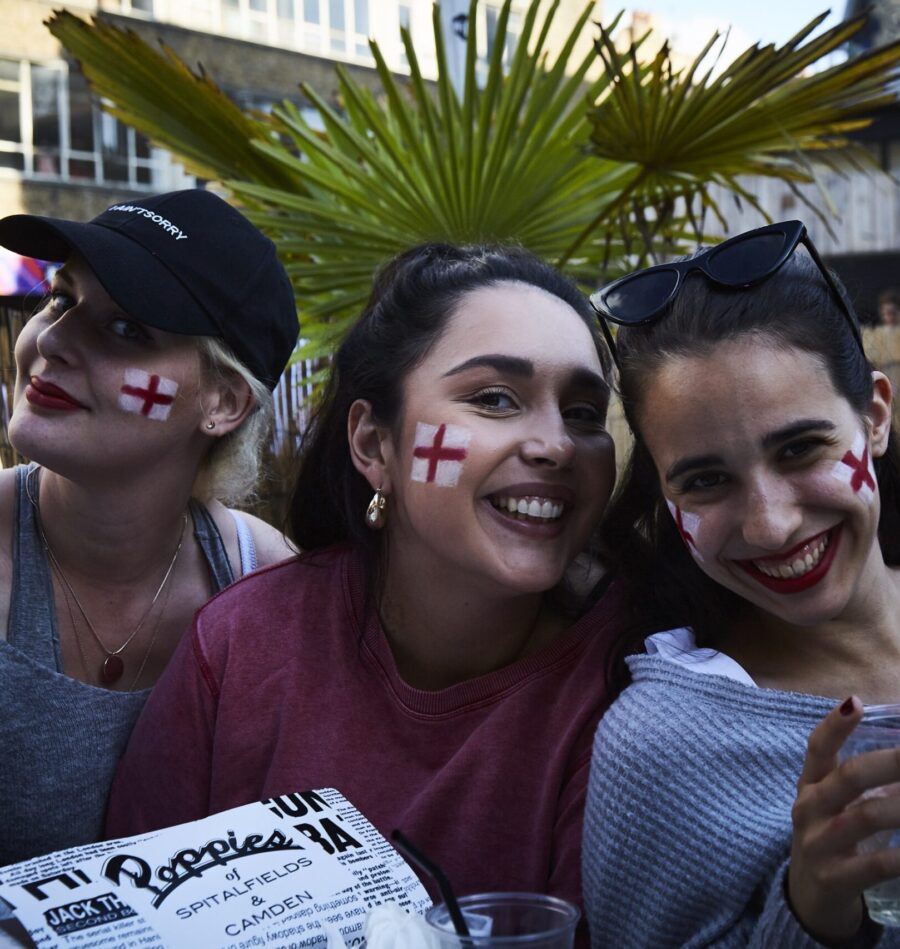 Wow, what an incredible World Cup it has been! We have seen so many people pass through joining us on the outdoor terrace and indoor bars to watch some of the most nail bitingly intense moments in football. We have sung, we have cried we have shouted and we have cheered, now it’s all over we have taken a moment to reflect on the best moments of the 2018 World Cup.

I think we can all agree at this being at the top, with portugal down 3-2 and the match drawing to a close the portuguese fans in Juju’s sat with heads in hands, waiting for a miracle… And then that miracle happened, and his name is Cristiano Ronaldo.

A free kick just 25 yards away from the goal, a nail biting moment which turned into pure elation as the ball curled through the air and hit the back of the net.

Not only was this the equalizing goal of the match but this was Cristiano Ronaldo’s 51st career hat trick, now imagine that feeling!

In the 95th minute of the Sweden VS Germany match Jimmy Durmaz gave away the free kick which lead to a stunning goal from Toni Kroo’s. The goal meant Germany won by 2-1 in their Group F game, a nail biting match which had us sitting on the edge of our seats.

As if this loss of the game wasn’t enough for Jimmy Durmaz and the rest of the sweden team, social media blew up and the player received a constant stream of negative comments and even death threats!

This is the kind of bad Juju we do not stand for! And neither did the entire team as they stood behind their teammate and friend.

“I am Swedish, and with pride I wear our shirt and our flag. I want to thank the fine, wonderful people who spread joy. It warms us all. We stand united, we are Sweden.”

Nothing but love from us at Juju’s.

Now one of my favorite parts of watching any football match is watching these grown adults fling themselves to the ground and rolling around on the grass if a player so much as blinks at them. Diving is a well known and hilarious technique pulled by players to fool the referee into thinking there has been foul play; but Lukau’s surprised us all.

As he chased the ball inside the opposition penalty area the keeper for tunisia rushed in and made contact. As Lukaku’s body fell to the floor Belgium fans held their breath awaiting what was sure to be a penalty shot.

To everyone’s surprise, as the referee began to deliberate on the outcome of this, Lukaku threw up his hands and stopped the deliberations, signalling calmly to the referee that there was no foul play.

A simple, honest gesture which left Belgium fans cheering with pride and women across the world swooning over Lukaku’s casual good deeds as the game proceeded with no cheating or falseness in site.

4.The Reveal of the Nigeria Football Kit

Now it’s time to talk through my all time favourite World Cup moment, it’s not a tear jerking statement against racism or a noble moment in a football career, no, but my god is it SASSY.

The Nigerian football kit is fiyah!! The bright green zig zag kit designed by Nike is not only a big Juju love, the kit saw a mind boggling three million people into nike stores across the UK to get their hands on it!

We have been a bit kit obsessed this World Cup, check our Vintage Football Kits blog post.

And last but not least, ladies and gentlemen, I would like to dedicate the 5th top moment of the World Cup to something I feel quite passionate about, and that is the miraculous hairstyle from Neymar revealed to us in the Group E opener against Switzerland.

Represented by many as a bowl of spaghetti across all social media platforms and mocked since the big reveal but from one girl who has had as many odd hairstyle from dreadlocks to pink feather extensions, I say GO FOR IT Neymar!!

Could he be trying to compete with the many transitioning hairstyles of Beckham?

Now I’ve seen some pretty impressive football celebrations in my time, from stripping butt naked to downing pints but the reaction of retired Argentina football player Maradona’s was a particularly peculiar one.

Throughout the match he was seen throwing the middle finger out to Nigerian fans, shouting and generally being rowdy. Nothing unusual there, you could see that kind of behavior at the local pub. However, as the match was coming to an end and excitement levels were growing higher and higher, it seemed Maradona was possessed from a higher power as he threw his arms in the air looking like Mel Gibson in the Passions of Christ.

Shortly after Maradona actually collapsed from excitement and was rushed to hospital, fortunately he was all cleared and sent home healthy soon after.

Now THAT is a goal celebration.

For the first time in World Cup history VAR was introduced to each match, VAR standing for video assistant referee. There has been a lot of controversy over the new system, from fans to the players but Amrabat’s reaction after VAR check meant an initially ruled out goal for Spain was awarded to the team is particularly hilarious.

I mean we were all thinking it right? But this little outburst did not go unpunished; the harsh wrath of FIFA fined the Moroccan team £50,000…worth it? I think so.

They played well right? What was their secret? Great management? Dedicated training? I mean I’m sure all those things came into play but I think MAINLY it must have been this Mexican grandma who blessed each and every player as they sang the national anthem..

In 2010 we had Paul the octopus predicting World Cup results in an aquarium in Germany. We all waited anxiously to find out Paul’s predictions because this psychic sea creature correctly predicted the outcome of 6 German matches!

For the 2018 World Cup a fluffy companion came to the stage to fill the boots of the much loved Paul the octopus. Achilles the cat already had the very important job of catching mice in the Hermitage Museum in St Petersburg, but put all that behind him for this noble and glorious new role.

The first prediction was for the Saudi Arabia VS Russia match. Achilles was presented with two bowls of identical cat food, each with a flag to present the respective countries. After a small hesitation, Achilles proudly and confidently ate food from the Russian food bowl. Achilles the cat, with a deep love for his motherland, stuck to his roots and his prediction was of course correct.

Next World Cup I want to see a psychic Llama

Of course we all watched in ore as the Croatian team played some incredible football but my eyes kept being drawn off the pitch to the mega babe which is Kolinda, the Croatian president. Always cheering, always smiling and always rocking a Croatian jersey. The pure joy as she hugged Croatian players and opposing team mates after the game made us fall in love! Kolinda didn’t miss a single Croatian match, she flew to Russia in economy class and refused VIP box seating insisting she was with the rest of the Croatian fans. If all this isnt enough Kolinda is a Harvard graduate multi linguist…. MEGA GIRL CRUSH, the world needs more leaders like her.

How dramatic was that? The rain pouring down and fans competing with thunder claps as they scream, shout and cry with joy as the French football team stand in the podium alongside Vladimir Putin himself. The players, managers and presidents of France and Croatia stood sodden in the podium…but Putin, not Putin, bone dry with a man by his side constantly holding an umbrella firmly above him. If you think your job sucks…Imagine being Putin’s umbrella man…

It was an emotional moment for all, every team that competed every fan who watched weather it was pitch side, squeezed into the back of a London pub or sat at home on the sofa, watching the World Cup be raised by France in the rain was a tearjerker for all.

12. The Juju’s Crowd during the entire world cup

The top moment for us at Jujus was all of you, watching you, scream, laugh, cry as each of you watched your country play with pride and we felt proud to host all of you!! As always you didn’t disappoint with wild goal celebrations, bar dancing and singing at the top of your lungs, we have eternal Juju love for you all <3<3

We took a lot of cheeky snaps, head over to our Facebook page and get tagging!!