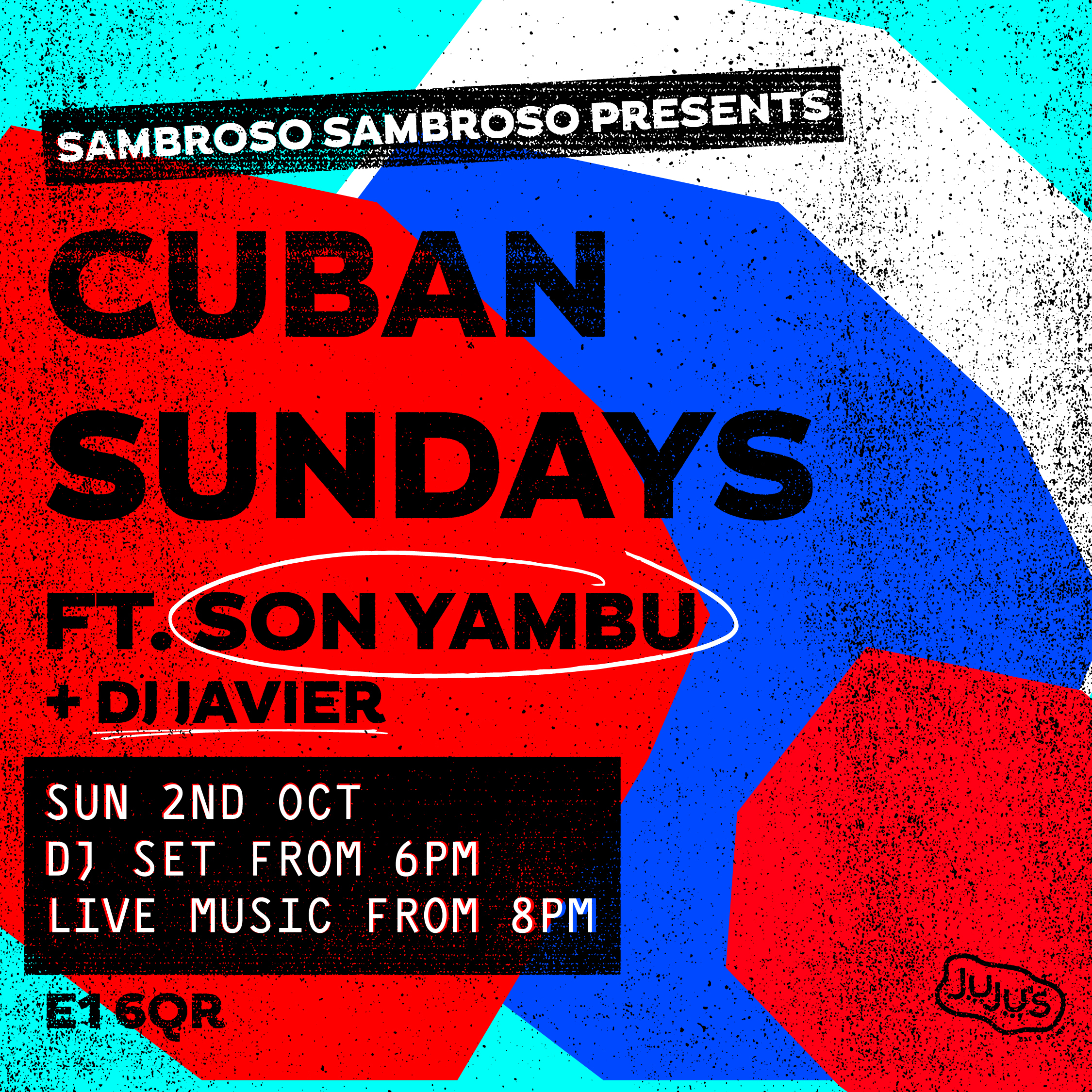 Cuban Sundays are back at Juju’s and are proud to welcome Son Yambu to the stage on Sunday October 2nd! London-based Son Yambu celebrate the sounds of ‘sonora’ and are passionate about maintaining the traditions of the genre, continuing the Buena Vista legacy that put Cuban music back on the map in 1997. Made up of the very best of Cuba’s musical diaspora, their music reflects the evolving nature of the music whilst at the same time paying homage to its roots.

Son Yambu released their debut album ‘La Maravilla’ in 2012 to rave reviews which led to a decade of success and worldwide touring, from The Shetland Islands to Borneo! Their second album ‘Tremendo Ambiente’ came in 2021, and boasts 13 full original son Cubano tracks that perfectly captures the band’s longing and nostalgia for Cuba. On the album, the band is also joined by renowned Cuban singer Osvaldo Chacon who previously sang with Bamboleo, Paulito FG in Cuba before settling in the UK, and will also be performing at Juju’s as part of the EFG London Jazz Festival in November.

“The UK’s very own Buena Vista band…. absolutely tremendous…. if you don’t start to move to this there is no hope for you! Extraordinary music.” Sean Rafferty, BBC Radio 3

The ever-dynamic and talented DJ Javier will be kicking this off at 6pm and closing out the night after Son Yumba, so get down early Sunday 2nd October to be hear the best son Cubano you can find in the UK!