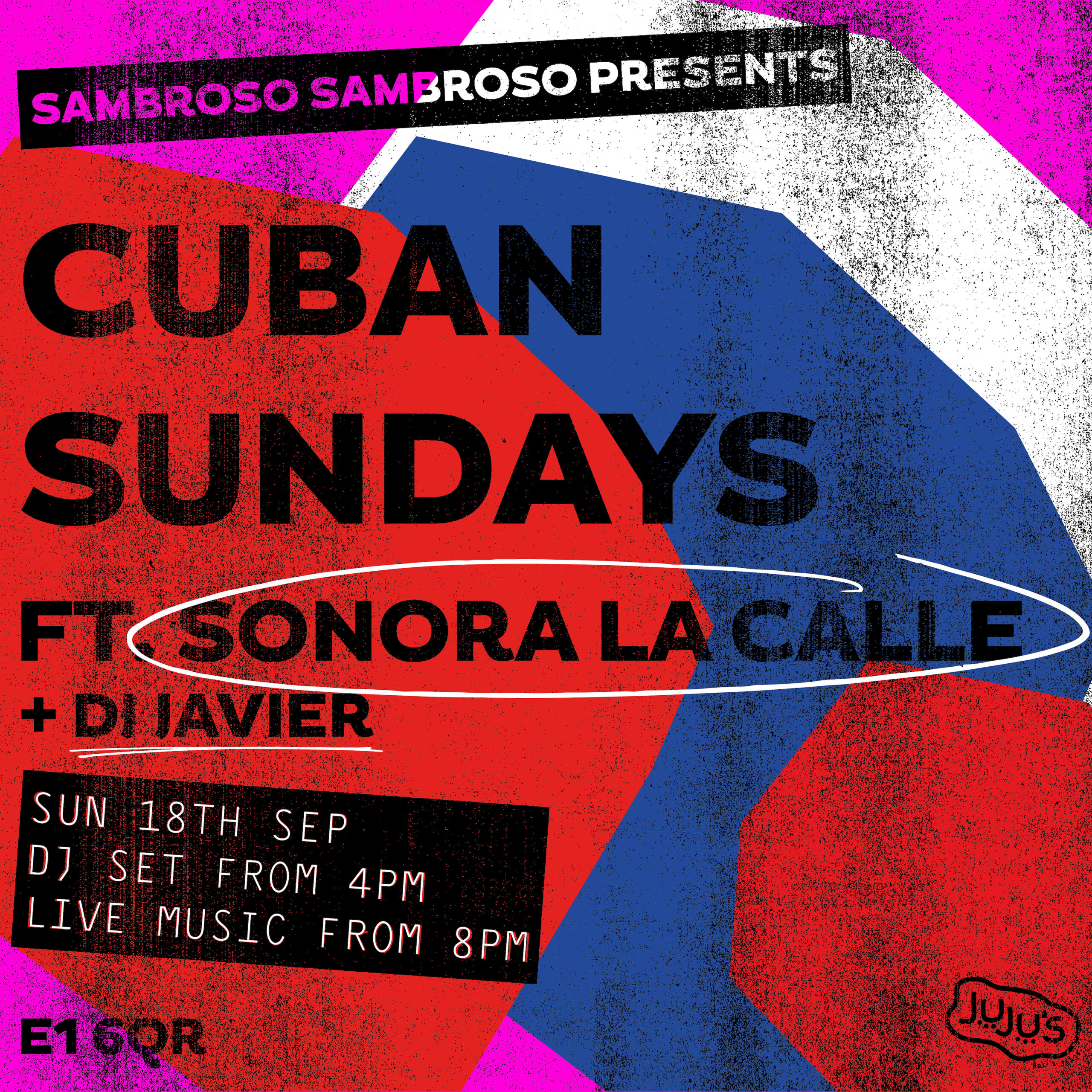 Sambroso Sambroso are back with an extra special Cuban Sundays, welcoming globe-trotting Sonora la Calle onto the Juju’s stage. Directed by maestro Robert ‘Chivo’ Orue Lopez, Sonora la Calle are one of Santiago de Cuba’s finest son & salsa bands. Since forming in 1993 their infectious rhythms have brought them around the world, from the Peñas on Heredia street and the famous Santiago carnivals to the ‘New Morning’ and ‘La Java clubs’ in Paris.

Sonora la Calle first hit London in 1996 on their breakout European tour and their success saw them return with the Lady Salsa Show at the Edinburgh Festival 2000, which transferred to the Pleasance Theater in London and the Talk of London (Covent Garden), running until 2002. Since then the group have worked on shows in Australia, the UK, Spain, the Netherlands and Germany, cultivating an enthusiastic following wherever they went. Fast forward to September 2022 Sonora la Calle will be bringing their wealth of experience and high energy sounds to Cuban Sundays at Juju’s, taking the stage at 8pm. Lucky us!

The ever-dynamic and talented DJ Javier will be kicking this off at 4pm and closing out the night after Sonora la Calle, so get down early Sunday 18th September to be transported to the streets of Santiago de Cuba!