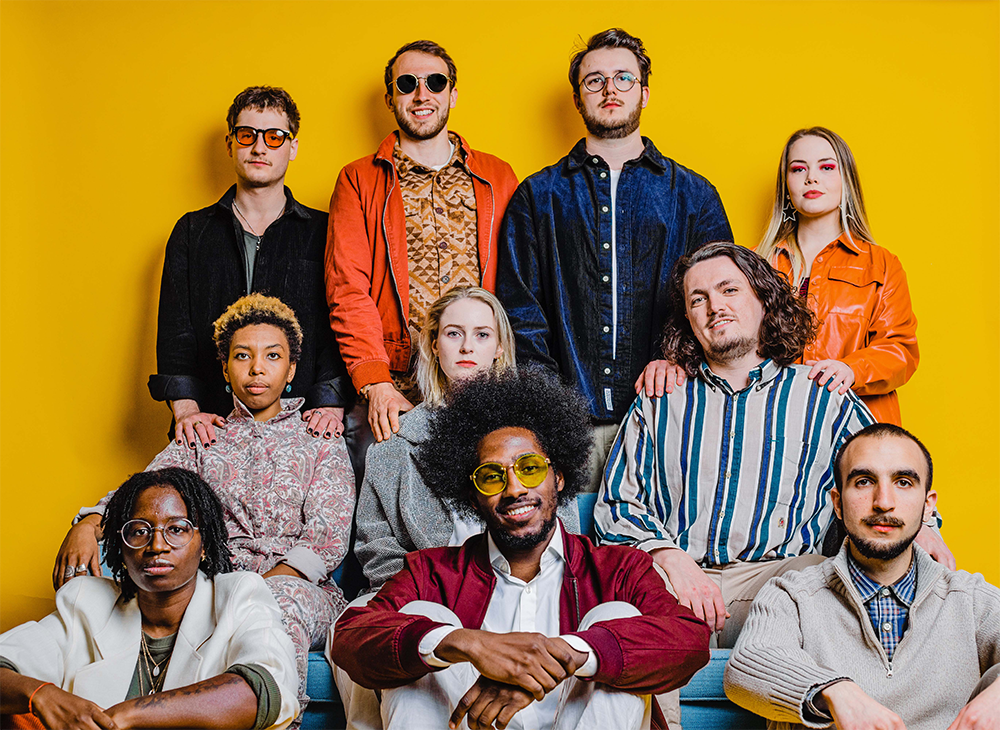 The EFG London Jazz Festival is the capital’s biggest pan-city music festival, taking place annually in November, which has long been acclaimed for showcasing a heady mix of talent from around the world. Widely acknowledged for delivering world-class artists and emerging stars, the Festival continues to take jazz to a massive audience, in one of UK’s landmark music events. Following an exceptional edition last year, EFG London Jazz Festival returns with a programme of live performances by an electrifying lineup of global stars, special collaborations, and the finest and freshest music. On Saturday 19th November 2022 it is with great pleasure that we welcome TC & The Groove Ft. MC Franz Von + Fehdah to Juju’s Bar & Stage!

TC & The Groove Family are a 10-piece collective whose music celebrates the coming together of cultures, and the unity that music can provide for everyone. Driven by drummer Tim Cook, their live shows are powerful and dynamic, exploring grooves and genres from the UK and around the world, including afrobeat, breakbeat, jungle, jazz and highlife. They’ll be joined by MC Franz Von for a special performance as part of London Jazz Festival.
The band have played alongside afro-fusion legends K.O.G & The Zongo Brigade and London jazzers Yussef Dayes, Pyjaen and Cykada at shows in across the UK. In 2021, the band performed as part of We Out Here’s online festival showcase, before blowing the roof off of the Chai Wallah stage at Shambino in August.
Debut album ‘First Home’ built upon the success of early singles, finding support from Jamz Supernova and Craig Charles on BBC Radio 6 and Emily Pilbeam on BBC Introducing West Yorkshire, as well as being playlisted on Jazz FM. The band recorded the album with Tom Excell (Nubiyan Twist, ONIPA), and released it in June 2022 through Worm Discs ISnazzback, corto.alto). Summer 2022 saw them make a name for themselves on the UK festival circuit, with appearances at Glastonbury, We Out Here, Greenman and Kendal Calling topped with a crowning headline set on the Chai Wallah stage at Shambala.

Supporting TC & The Groove Family, and certainly not to be missed, Fehdah is joining us all the way from Rotterdam!

Spiritual daughter of Erykah Badu and Oumou Sangare, electronic cousin of Peggy Gou, Fehdah is a future-afro soul vocalist, producer and multi-instrumentalist, on the frontline of an emerging Irish hiphop and electronic music scene. An eclectic songwriter who draws on her love of Wassoulou music in forging an entirely new take on electronic soul.

“Fehdah is crafting her own genre” – Gal Dem

“‘Butter Fly’ finds Fehdah on propulsive form, channelling touches of instrumental grime with the likes of Lafawndah and Little Dragon. The vocal pairing plays to each sister’s strengths, Loah’s enveloping range weaving around Fehdah’s own urgent verses”. – The Quietus

“Afrofuturist electrosoul worthy of many respins” – The Irish Times