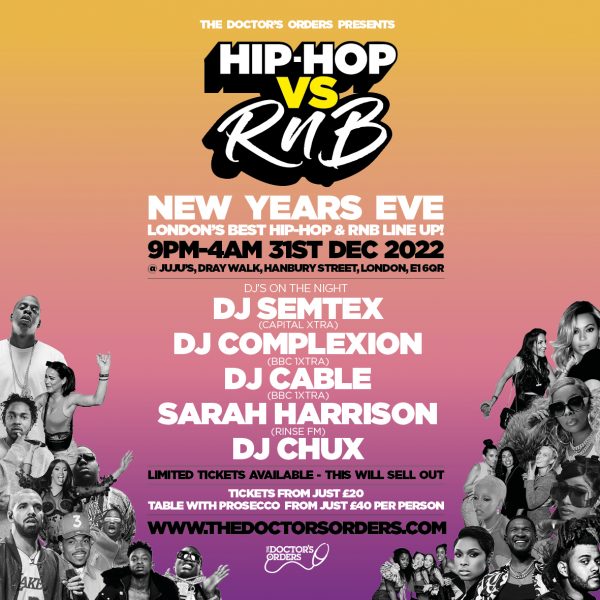 The Doctor’s Orders take over Juju’s Bar and Stage this New Year’s Eve, coming through with a very special all-night party that sees Hip-Hop and RnB go head to head! Having sold out the last six Hip-Hop vs RnB NYE parties weeks in advance, get your tickets in early as The Doctor’s Orders ain’t messing about!

The night is headlined by DJ Semtex, the Hip-Hop don who tears up festivals and airwaves around the country. With every Hip-Hop star on speed-dial his sets are all killer no filler as are those of two BBC 1Xtra DJs in the shape of Complexion and DJ Cable.  Adding to them is the incredible Sarah Harrison, Rinse FM’s first lady of trap, and the brilliant DJ Chix. This is sure to be THE party of the year.

With cheap early bird tickets and VIP tables with Prosecco included this is the NYE party of choice looking to ‘Bump & Grind’ their way into 2022.